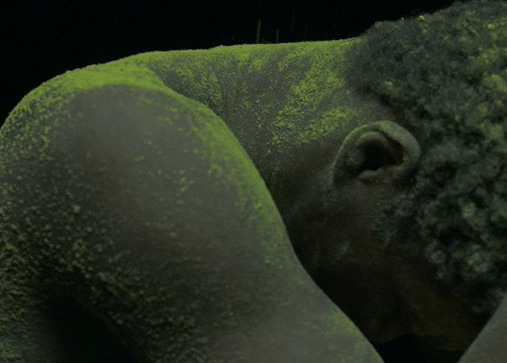 A map is not the territory it represents, but, if correct, it has a similar structure to the territory, which accounts for its usefulness.… If we reflect upon our languages, we find that at best they must be considered only as maps. A word is not the object it represents; and languages exhibit also this peculiar self-reflexiveness, that we can analyse languages by linguistic means. This self-reflexiveness of languages introduces serious complexities…The disregard of these complexities is tragically disastrous in daily life and science.

The Map Is Not the Territory examines the construction of representation through socially and lawfully imposed, arbitrary boundaries. Drawn from Polish-American philosopher and linguist Alfred Korzybski’s publication Science and Sanity (1933), the title addresses the distinction between an entity and its abstraction. The aim is to interrogate discrepancies between reality and belief in response to the current, ubiquitous use of nonsequiturs in the public arena.

Conceived at the dawn of an unprecedented, divisive presidency, the exhibition upholds the spirit of resistance against misrepresentation and the commandeering of identities in our history and contemporary culture.

Curated by eight women from various countries and regions around the world, The Map Is Not the Territory applies the concept of kintsugi, a Japanese form of pottery that highlights fractures with precious metals. Selected by each curator, the artworks are singular fragments that reflect a myriad of perceptions of physical and ideological borders. Taking its cue from this repaired earthenware, the exhibition forces a cohesion of conceptual and formal differences that make them glimmer as a reconciled whole.

Some artists in the exhibition challenge historical representations of women, while others probe the construction of narratives from a sociopolitical perspective. Melanie Reese’s series Caliban and the Witch (2016) prompts the viewer to look beyond the complex veil of historical oppression of women. Kate Gilmore’s video Sudden as a Massacre (2011) demonstrates a liberated agency of physicality against the pristine, passive female stereotype. Ann Hamilton’s (aleph – video) (1992/93) asserts the primal, compulsive desire of transforming realities into words. Martine Gutierrez’s Line Ups (2014) employs mannequins to question the binary notions of “genuine” and “performative” gender roles. Camille Lee’s The Game (2016) uses a childhood toy to mimic the precarious relations between social issues. Anh Thuy Nguyen’s Of Place and Nation (2017) addresses the migrational displacement between political identity and personal memories. Brittany Cassell’s That Which Does Not Burn (2016) and Ain’t I a Woman/The Will to Change (2015) are an intergenerational inquiry into how cultural history and collective memory shape individual identity and experience. Roberto Vega’s site-specific Studies on Fissures (2017) presents history as a result of the intractable forces of memory. Helene Nymann’s trancelike video Whether We Are (2016) portrays how one’s environment gradually transforms one’s psychological self. Bita Razavi’s Coloring Book for Concerned Adults (2017) questions official representation of data by playfully allowing alternative versions. A special performance by renowned Butoh dancer Vangeline will blur the borders between mental and physical, internal and external, individual and communal, as she activates the exhibition space.

All works question our preconceived understandings of entities, whether it is people, places or concepts, by subverting misrepresentations of reality. The resilience and resistance of these individual works are amplified in aggregate in The Map Is Not the Territory . In addition to paintings, photographs, sculptures and media art, site-specific work engages the exhibition space itself, anchoring the concept in the context of the Pfizer Building. Furthermore, the publication made for this occasion features verbal and visual elaborations of the works, their makers and the ideas from which they were born.